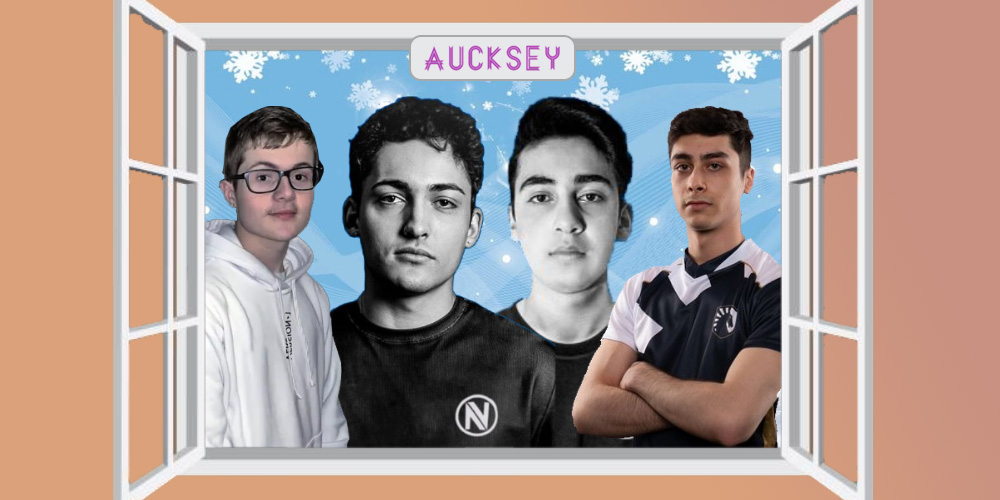 It’s been an amazing first split to start off this RLCS season, with many great storylines and success, unfortunately, not everyone can rise to the top, and some rosters may seem fit to switch up their lineup. In this article, I’ll cover the trades regarding the most notable players and teams, what I think of them and the success I expect from them.
Team Liquid
Out
In

Now, to start off my list of ‘RLCS teams’ with a team that won’t be competing in the upcoming split is arguably dumb, but this is a roster that should be talked about regardless. Team Liquid signs and kicks a new player on average every 12.3 hours (statistics not confirmed). After recently getting rid of Flakes-which everyone expected, and Ronaky-which wasn’t the change I expected them to go with, they are all but confirmed going to bring on Atow and Oski, after an impressive performance at the Monaco Gaming Show 2021 playoffs, falling only to Dignitas, but still taking a game off of them. With a coach that AcroniK truly values in Xpere, and high level scrims (which they most definitely will be getting), they’ll be coming on in leaps and bounds. They won’t be in RLCS this season, but have no doubt they’ll be dominating other tournaments.

G2 Esports
Out
In

Wow. Just wow. This transfer came with quite a bit of commotion. Between the drama between Shift and Chicago, followed by the supposed transfer being confirmed as not happening, then every single table turning simultaneously and getting Atomic in the end. This team is insane, which is something you’ll hear me say a lot. This team was top 4 on paper in NA, but this is now a team that has guaranteed top 3, maybe even higher, unless something goes horribly wrong. I have absolutely nothing against dreaz, he’s been phenomenal in any and all showings they’ve had as a trio. Now, we had people saying that dreaz shouldn’t have been kicked, as he wasn’t the worst performing at LAN. Flip it on it’s head. If Chicago or JKnaps were kicked instead of dreaz, there would be community uproar. Those two are some of the best players in the world, let alone their region, and looking at previous results, we know they can show up on LAN. Now they’re joined by Atomic. When on their day, any player on this team could be ranked best in the world. They’ll be gunning for a (very realistic) top 2 in NA, and I think are the team that will get closest to dethroning the NRG than any other team since Envy last season.

Team Envy
Out
In

Okay, so arguably a downgrade here, which is unfortunate, since I've loved this team since their Ghost Gaming days. You’ll have to give this team a minute or two to warm up, and you're unlikely won’t see the same success they got last season. Every single pro says that Turbopolsa has the best resilience out of every single pro. It’s also been agreed that if he grinded out his mechanics, he’d have a chance to get right back up there amongst the best. What with LAN being so recent, I’m sure that’s a kick that the team will need to put them into overdrive. They’ll be falling in the standings, but they’ve had some stellar performances barring the Major. There are definitely other prospective teams, but I think assuming they’ll fall any lower than 6th is a push in and off itself. From this sentence on, I’m writing after Allushin was announced as a coach; Okay, so I didn’t see this coming, given how late it was announced, but I fully expect to see an entirely different Envy. Let’s look at their current roster. Turbopolsa: reads the game better than most, if not all, and has arguably the best mentality in the pro scene. Mist: we know all we need to know about him, an average day for him in season X meant being a top 5 player in NA. Dreaz: the biggest up and comer in NA, someone i’d take over Daniel at this point in time, because we’ve seen what he can do consistently. Allushin: One of the best enablers in the entire game, reads the game superbly well. I assume that Envy were moved to get a coach after the Fall Major, realising that it will probably give them that push to get back to regional and world dominance. I had faith in them and will continue to, I’m actually incredibly ecstatic at this news as both a Ghost/Envy and Turbo fan.

Version1 have way too many records for going to game 5 and 7s, so hopefully their fans can rest assured that they can progress further through the bracket than ever before, and Lawler and SUP3RSoN1k will finally lower their constant heart rate to something below 4 figures for once. Beastmode was the most standout and surprising performance in North America for me in season X, taking KCP/SR to an extreme level, almost making championships. Getting rid of Gimmick is unfortunate, but the right call. Nothing against him, but Comm is still an amazing up and comer, and Torment has insane popoff potential. Top 5 and a Major spot will be their goal, but it’s still hard to envision that. They’ll have some great results, no doubt, but as they grow stronger, so does their competition.

Natus Vincere (Navi)
Out
In

Navi really haven’t been present this season, which is truly unfortunate. They have great players, and are supported by an immortal org. Failing to even qualify for the 3rd regional, and only getting a single series win in the first two, they could do with some improvement. Virtuoso didn’t have the best departure from Endpoint, given that yet another unknown French deity entered the scene in his wake. After a disappointing first split, he’s back at it, and watching his streams, looks genuinely hungry for the win.

We’ve been blessed once more with the return of triple trouble, one of the biggest names in RLCS history. Many would say they’ve got similar traits to the Peeps, hell, they’ve even got eerily similar logos. Ronaky is an incredibly talented player, with incredibly disappointing results. He topped the charts in terms of stats for EU RLCS X in multiple categories, with only M0nkey M00n and himself claiming first place in any recorded statistic. VKSailen was the rock for ex-Queso/Giants to me. He often wasn’t the highest scoring on the pitch, but he read the field in such a way that I would find it hard to not expect big things from this team. Dorito (this is how i shall be spelling it, mainly for my own sanity) played on White Demons in the winter split in season X, who made both a top 4 and a top 8. The mechanical talent is definitely there with this roster, but the biggest question mark is how low their floor is. Slumping is an issue with rosters like this, and an inability to get back up when knocked down will be the deciding factor in my view.

Faze Clan
Out
In

Okay, this was an arguably controversial decision on FaZe’s part, at least the option to kick Allushin is. If you have the opportunity to take Sypical, you do. I feel like it’s hard to comment too much on this team apart from telling you to think back to that one time that your friend was like ‘if you had to make an EU superteam, who would it be’, before agreeing that BDS is already that superteam, then drafting one for NA and deciding on 3 of these players being in your top 5 (with both Sypical and FK in the top 3). I said it earlier but I’ll say it again, there are too many amazing rosters in the world, and what with BDS winning the Major but no regionals, deciding on one, even two teams being on top is practically impossible

Spacestation Gaming
Out
In

Okay, I might get a bit of flack for this take, but I truly don’t understand why people are calling on SSG to guarantee themselves a 3rd/4th seed? Let’s be clear, this wasn’t SSG’s choice to replace Sypical. My best guess is that he was disappointed with the team’s results, FaZe caught wind of that and offered a very substantial buyout. Daniel is good, don’t get me wrong, but this is Sypical we’re talking about. Even if Daniel plays out of his mind, you can’t possibly replace Sypical in one successful switch. Think about the awareness of an opponent's playstyles, field awareness and the difference in RLCS tempo (because it is so much faster than you’d imagine). Daniel is great, but I refuse to believe that people think he’ll outperform Sypical out of the gates. You can’t expect a team to excel to that level if they are getting worse. Some chemistry issues may be resolved, but that’s different.

Shoutout to Aucksey for another awesome rlcs article. The Winte Split is shaping up to be the most anticiapted one yet. If you haven't yet, draft your fantasy team before the regional 1 start on Friday!