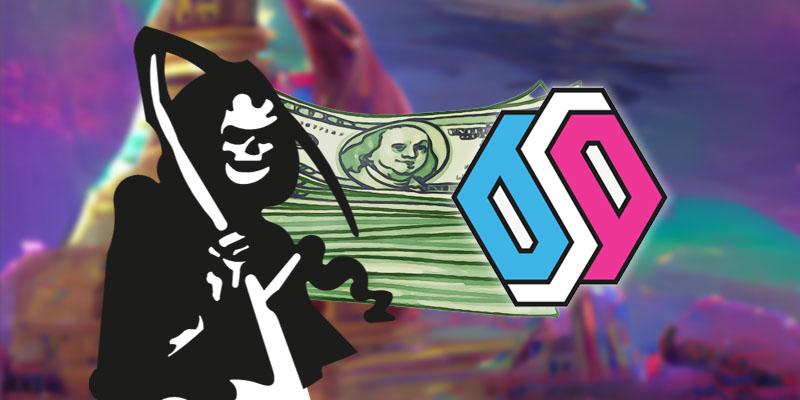 After a long and grueling three split season, BDS are your official RLCS 2021-2022 World Champions. The “onliners” had shown in the previous season just how dominant they can be after amassing 5,301 points in RLCS Season X, dominating the already strong european region for an entire year. The one caveat to this however, was the fact that all of the events that they had played that season were played online only. The lack of lans during the RLCSX season meant that BDS’ dominance never got truly validated by the fans (it did get validated by their tournament earnings however). This led to the question of whether the roster of Marc_by_8, Extra and Monkey moon could have the same sort of dominant performance on an international stage. Well thankfully we didn’t have to wait until Fort Worth to see.

We found out pretty quickly this season that the Swiss org’s roster can perform well under high pressure situations. The Fall Split Major was the first RLCS lan since the Season 8 World Championship which took place two years prior to the Fall Major. Now, BDS weren’t exactly favorites going into the event. They had failed to win a regional event in the first split of the current season, which led to a lot of people convinced their dominant run was now over. BDS, however, proved doubters wrong by going 3-1 in the swiss stage of the major, and then continuing their run to the grand final where they ultimately took down The General NRG. The roster known for their online dominance throughout a year had finally been validated on an international scale.

Despite this, there is still just one other problem: there were no fans when they won. It’s one thing to do it online. It’s another thing to be able to do it in person. It’s a whole other challenge to be able to do it infront of thousands of screaming fans. This was the next obstacle that BDS had to face. Unfortunately for Marc, this next challenge would not be for him. After a lackluster performance at the Los Angeles Winter Major, only a few months after their Fall Major win, Marc_by_8 was benched after BDS signed rookie of the year contender, Seikoo, to their roster. BDS now completes an all french lineup, with Seikoo being poised to rival fellow teammate, Monkeymoon, for “best player in the world” status. They did well online, as they had made all three regional grand finals of the spring split, winning two of them. However, a last place finish at the Spring Major in London, where they didn’t even win a single game, meant that some of the lan respect that they had garnered from the Fall Major was now dwindling away.

Then comes the World Championship. It almost seems like a trend at this point, that the moment you start to doubt BDS, they go back to their winning ways. The Seikoo-infused roster qualified for the Championship Sunday, the biggest day of the season, in commanding fashion. Only dropping a single game in the group stage, which included sweeping Version1, meant that they were back in business. The playoff bracket saw them matchup against an Aztral-led Karmine Corp in a grueling series, barely winning it in game 7 by a single goal. They then ran into a red hot Furia roster, who had just scored probably the biggest goal in Rocket League history since Justin’s 0 second goal in Season 5. The Frenchmen were able to take the series in six games and move on to face G2 in the grand finals. Needless to say, they anihilated G2. BDS were so dominant, that this will probably be remembered as the most boring grand finals in history, but they don’t care. They have now validated all of their online success from Season X, with both a major win in Sweden, and with a world championship in Fort Worth.

When you look at their results over the course of two years, which would’ve been four seasons under the old RLCS format, I think it is safe to say that BDS is one of the best teams of all time. Mew, the current coach for the roster, as well as Kael, their former coach, both deserve praise for their role in keeping the team as consistent as they have been throughout the past two seasons. The duo of Monkey moon and Extra has to be put up there with the likes of G2’s Chicago and Jknaps or NRG’s Justin and Garrett. Seikoo, combined with his efforts on Endpoint earlier in the season, was easily rookie of the year for the ‘21-’22 season. Marc_by_8 also deserves his flowers, because none of this happens without him being there for his long tenure. Team BDS, you guys are legends, simple as. Thanks for reading!

Don not only writes awesome rlcs blogs, he also makes some of the best rlcs player highlight videos on the internet. Go checkout his youtube channel and subscribe!